Last month, the Michigan House of Representatives passed legislation for sports betting in the state, leaving it up to Governor Gretchen Whitmer to decide whether or not the bill should be finalized or vetoed. At the time, the House voted in favor of the new legislation, with a vote of 63-45, but many questions surrounding sports betting legalization still lingered. On Friday, Whitmer answered some of these questions by finalizing two bills with her signature, making Michigan the second-largest state in the Midwest to legalize sports betting, and the 20th state to do so in the nation.

Details of the new Bill 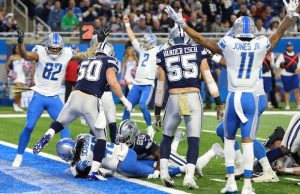 The recently signed legislation calls for an 8.4 percent tax on sports betting, which would be collected after winnings are paid out. On internet gaming, this tax would range between 20 and 28 percent, which is an increase from the original proposal. The taxes, which were the point of controversy when the House first proposed the bill, appear to have done enough to meet the approval of Governor Whitmer.

One of the largest concerns about the bill when it was initially introduced by the House involved the tax that would be imposed. Many argued that the 8.4 percent tax with a gradual increase over time would not be enough to benefit the state. Even more concerning was the fact that the new bill could have a negative impact on the School Aid Fund, which taxes casinos to help benefit K-12 education.

After signing the bill, Whitmer was able to put some concerns at ease by touting the bill as a “real bipartisan win” for Michigan. Whitmer stated that her largest concern when considering this new legislation was the ability to protect and invest in the School Aid Fund. After examining the new bill, Whitmer felt that the new legislation does just that, and thanked Senator Curtis Hertel and Representative Rebekah Warren for their hard work and support in ensuring that students continue to benefit students throughout the state. Under the new bill, 20 to 28 percent of revenue generated from the gaming expansion will be dedicated to the School Aid Fund.

In addition to the benefit for the School Aid Fund, the new bills are expected to generate tens of millions in tax revenue. While the majority of this revenue will be benefiting students, it is expected that about $4 million of that yearly revenue will be dedicated to the First Responder Presumed Coverage Fund. This fund is dedicated to supporting firefighters and other first responders in the state, who contract cancer due to exposure from smoke and chemicals while on the job. The money would provide these first responders with the compensation they need to pay their medical bills.

Some still oppose the gambling expansion for the state, citing concerns for troubling gambling behaviors. Nonetheless, Michigan will move forward with the legalization and will hope to be ready to offer sports betting within the next three months, and many believe that the new legislation will offer safe, regulated gaming for residents who were previously forced to travel to neighboring states or playing on dangerous offshore websites.