Anyone who pays attention to sports on a global scale is well-aware that soccer (otherwise known as football in some countries), is the most popular sport in the world. To put it in perspective, there are around 7.5 billion people on planet earth and an estimated 3.5 billion of them are soccer fans which accounts for nearly half of the human population.

However, you don’t necessarily have to be a soccer fan in order to place wagers on a soccer game and there are thousands of sportsbooks around the world that will allow you to make soccer bets any time of day. In fact, making these wagers always guarantees that the games will be more interesting to watch for those who are not already die-hard fans and those who are betting might find themselves more interested in the outcome of the game than the fans themselves!

Lots of people get a kick out of betting on soccer but your main goal should be to have fun, not to make a living off of your net gains. In the following sections, we will field all of your questions about exactly what each bet type indicates when it comes to betting on soccer along with some advice on when you should use them. 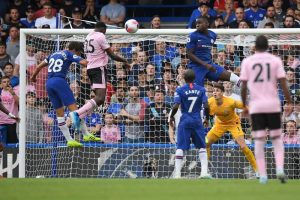 A three-way moneyline bet is where you have the option of betting on either Team A to win the game, Team B to win the game or the game to end in a draw. The frequency that draws occur in a soccer match varies from league to league but they will generally occur around 25-30% of the time on average which means that the payout odds on a moneyline draw bet usually pay pretty well.

A double chance bet is one of the safest options on the board since you get to cover two of the three possible outcomes for any given game. The three choices you get to choose from in a double chance bet are usually Team A wins OR a draw occurs, Team B wins OR a draw occurs, and Team A wins OR Team B wins. Due to the safe nature of these bets, your payout odds will be much lower than if you were making a three-way moneyline bet.

A draw no bet moneyline bet is simply a two-way bet that ignores the outcome where both teams draw. These bets are more like the traditional moneyline bets we see in other markets since you just have to pick whether Team A or Team B will win the match and if a draw occurs then the bet is a push. The added security of not having to worry about a draw occurring is the main reason why your payout odds will not be as good if you make the correct choice in a three-way moneyline bet.

Generally, the over/under lines in soccer will be +/- 0.5, 1.5, 2.5, 3.5 or 4.5 goals with each line ending in 0.5 in order to avoid pushes. It is not unusual to be able to choose from a number of different over/under lines for one particular matchup and the further away your wager gets from the original over/under line the better your payout will be since the odds of success are lower.

If you are familiar with spread betting in other major sports then you already mostly understand the concept of Asian handicap bets. These quirky wagers will ask you to pick a team to win by a certain number of points known as the handicap, but you do not have to be fully correct in order to win some money back. 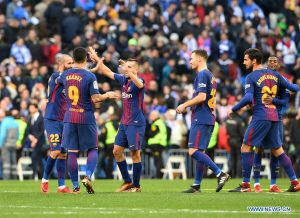 The only confusing part about Asian handicap bets is that there are five different outcomes that can occur. These five outcomes include a full win, a full loss, a half win/half refund, a half loss/half refund, and a full refund otherwise known as a push. The main reason why there are so many outcomes in Asian handicap bets is that the lines increase in increments of 0.25 instead of the usual increment of 0.5 and if you are close but not fully correct you sometimes get half of your money back.

As a basic example, let’s say that Team A is playing against Team B and you decide to make an Asian handicap bet on the slight favorite Team A which has a -0.25 goal spread. If Team A wins their game by one goal, then you will fully win your bet, and if they lose their game by one goal you will fully lose your bet, just like in a normal handicap bet. However, the advantage for the bettor in this instance comes into play when the game is a tie because half of your bet will be a loser but the other half will be refunded back to you! This added insurance for draw situations is the main reason why lots of serious soccer bettors use Asian handicap bets.

Some hardcore soccer fans have been watching a specific soccer league for so long that they know all of the teams and their players extremely well. One of the best bet types for soccer fans such as this is a correct score bet which allows you to guess EXACTLY what the score will be for any given soccer game.

As you might expect, a correct score bet pays off huge when you are right because of the insane level of difficulty involved. Just like in other bet types, the further away your guess gets from the actual line of the game, the higher your payout will be.

For instance, wagering on an underdog to shutout the favorite team with a score of 3-0 is an extremely risky bet but if you are correct the payout will be even more than a multi-leg parlay would be! This is one of the advantages of these types of bets since you can get massive payouts from just one game going the way you predicted instead of needing multiple contests to all go your way simultaneously.

As you might expect, winning a scorecast bet is EXTREMELY tough to pull off unless you have a 1982 Delorean with a flux capacitor built into it, but the payouts will be quite large if you can manage to guess both outcomes correctly. This is yet another alternative to making parlay bets which allow you to hit a big score without needing to predict the outcome of multiple games at once.

Tired of betting on which team will win or lose and/or what the margin of victory will be? Look no further because prop bets are the best way to have some unorthodox fun when betting on a soccer game.

Some great examples of soccer prop bets you will find in sportsbooks around the world include which player will earn a red card, the time that the first goal is scored, or the total number of corner kicks a certain player or team will have. It doesn’t matter if these bets pertain to a specific individual or an entire team, they are all considered prop bets. 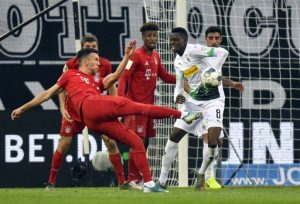 Most prop bets generally come with a maximum wager allowed and that limit is generally quite low compared to other bet types. This is simply because prop bets are meant to be for fun and no one should be trying to make a living with them. The sportsbooks also put this wager limit in place because they want to minimize the amount they can lose because there is a lot of hidden value to be found in these prop bets which any veteran soccer bettor can confirm.

Every major betting market offers futures bets which will allow you to choose which team will win the championship for their league and soccer is no different in this regard. In fact, this is one of the more popular bets that soccer bettors make because it is more predictable than the outcome of just one game and the payout odds are pretty good for everyone except the favorite team. It is also a great way to show support for your favorite team and have a stake in every single game they play without having to make a separate wager every time.

One thing to keep in mind when making futures bets is that you will not be able to touch the money you wagered until the season or league is finished. These bets are usually available throughout the entire soccer season so there is no reason to rush and make an early bet unless you see a selection with irresistible odds that you feel like you have to pounce on immediately.

With hundreds and hundreds of soccer leagues existing all over the world, figuring out which one to bet on, or picking just one to bet on, can be a daunting task. Generally, bettors tend to gravitate to the most popular leagues as well as those that are closest to them.

In terms of the most highly-regarded leagues, they are generally scattered across Europe. The English Premier League is regularly regarded as the best league in the world for more reasons than one. Not only does the EPL play host to some of the most talented soccer players in the world, it is also home to some of the most recognizable clubs. For the United States bettor, the EPL is far and away the top choice. Major League Soccer may be the domestic league in the US, but it truthfully does not compare to the magnitude of the EPL.

Other wildly popular leagues across Europe include France’s Ligue 1, Germany’s Bundesliga, Spain’s La Liga, and the tournament of top clubs known as the Champion’s League.