In the NFL, NBA, and soccer, you can bet on the outcome for the game’s first half. During halftime, the sportsbook will make a line to exclusively bet the second half as well. What’s great about having these options available are it allows you to take advantage of things you may know, but without requiring you make a bet for the entire game. When betting baseball, although you can’t make a bet on the final 4 innings, you can bet on the first 5, and this can create some very profitable opportunities.

Betting on the Pitcher

Baseball bettors used to try and use a rather simple strategy of mainly betting on who the starting pitcher is. Once upon a time that may have been a sensible idea, but in today’s game that is no longer the case. Over the past 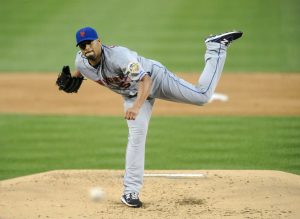 couple of decades, teams have become more and more reliant on their bullpens. And after the creation of analytics, things have gotten to the point where starting pitchers are taken out of games regardless of their pitch count or how they are doing. Teams essentially script their strategy before the game starts. So, if you want to bet a certain team because of the starting pitcher, you have to expect that you’ll be betting on their bullpen too because a starter pitching into the 7th or 8th inning, never mind a complete game, is now a rarity. However, this is where betting the first 5 innings can become advantageous.

You may really love the matchup a starting pitcher has against a certain team that night, but that starter’s bullpen might be miserable. This will understandably make you hesitant to bet that team to win the game, but since teams are still trying to (usually) get at least 5 innings out of their starter, then taking that team for the first 5 innings only is probably the best play even though the payout is likely to be smaller.

The Queen on the Chess Board

Several sports have a particular player that either can or does carry the biggest load as to how the game will end. Football has the quarterback, soccer and hockey have the goalie, and baseball has the pitcher. These players are like your queen in chess. Except unlike the other sports, baseball is the only one where this massively important player will be replaced again and again per game. In other words, the second half of a baseball game is often completely different from the first half. The second halves of basketball, football, and soccer games can also be completely different, but not because of drastic changes in the personnel. This practically makes the second half of a baseball game a whole new game in and of itself because the most important player is so prone to being replaced. This is how you might find a profitable line for the first 5 innings.

Baseball has by far the lowest winning percentage for what’s considered good. If you can sustain winning just 6/10 games for an entire season, you are likely to at least be a top 3 team. Winning 6/10 in the other sports certainly means you can still take down a championship, but you’ll never be ranked at the top. Since the second division baseball teams are already good enough to pick off a win here and there, then they are also going to be in plenty of other games their bullpen goes on to lose.

Know How Pitchers Have Done Lately

Things tend to change very quickly in sports, and that’s just one reason why betting them profitably is so difficult. However, it can only help you to be aware of what’s been trending lately. If a quality starter is facing a bad team, but that starter has been struggling most recently, this could be a good spot to take the dog in the first 5 innings. You know you are going to get a good price because of the mismatch, and the odds could definitely be more in your favor than they appear because the sportsbook is going to base their line on how each pitcher has been doing that season, not just their last few starts. However, their performance in their last few starts is usually going to be most indicative of what to expect in their next start as plenty of athletes have a far better/worse second half than their first half.

Know What Hitters Each Pitcher Will Be Facing

This kind of goes without saying, but the main emphasis here is the lefty-righty splits. If the starting pitcher you’ve bet on is a righty, you’ll want to know how righties have hit him, how lefties have hit him, and how many of each he’ll be facing that night. You’ll want to know that for the pitcher your team is facing as well, and you should also know how each hitter has done against that particular pitcher.

Other things to know is how many days rest each pitcher is going on. Are they on regular rest, or have they had more rest than usual? Many pitchers are creatures of habit, so while extra rest sounds like it should be beneficial, it can also be detrimental since it is prone to disturbing a pitcher’s routine.

Athletes play hurt all the time, and sometimes they shouldn’t. Another possible hole to exploit is if a key hitter is in the opposing lineup but has been hampered lately by a nagging injury. The sportsbook is not going to adjust its line if a player is playing hurt. If he’s in there, the line will be treated as though every player is in pristine condition. 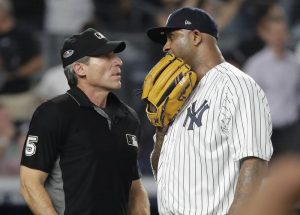 knowing some information about the home plate umpire is huge. Baseball is the only sport where a particular officiator can have such an impact on a particular player, and in turn, the game. Does the plate ump’s strike zone tend to favor the hitter or the pitcher? Depending on which side you’re considering betting on for the first 5 innings, the answer to that question can be huge.

How Each Pitcher Progresses Throughout the Game

The main reason baseball has become so reliant on the bullpen is because the starting pitcher is expected to become more and more hittable the longer he stays in. It’s very common to see a pitcher have his opponents’ batting average rise as they face him a second and third time. With some guys, the difference is tremendous. The first time through the order hitters could be hitting well below .200, but by the time they are getting a third crack, their collective batting average could be in the high .300s. Knowing these stats are about as important as any because pitchers don’t start cycling through the batting order a third time until about the 6th inning. That means if a starting pitcher has overall very mediocre statistics because he tends to get shelled his third time through the order, then he could be a great sleeper for the first 5 innings when his production is way higher.

Being a summer sport, baseball is usually unaffected by the weather conditions. They don’t forcefully play through heavy rain, and the only time it could be cold is in April or October during the postseason. Cold weather 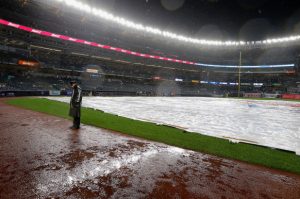 makes hitting a lot more difficult, but it doesn’t necessarily favor the pitcher as this could strongly affect his grip on the ball and the movement on his pitches. The weather is going to factor in the least, but it’s still wise to know how everybody does under specific conditions.

More so than the weather, you’ll also want to be aware of how pitchers do during day games versus how they do in night games. Some guys have a historically noticeable difference between the two, as well as how they do at home versus on the road.

During the course of a 162 season, teams do go through some arduous times strictly because of their scheduling. They may have to play 17 days in a row or go coast to coast with little rest in between. When this is the case, surely their output could be compromised.

There are a lot of different things to look at, and the real skill is knowing which ones are relevant. You do not inherently gain some sort of advantage by betting the first 5 innings because there’s less time for things to go awry as there’s also equally less time for things to break your way. But, if you do your research carefully, there are edges to realize in betting the first 5 innings, and it usually rides on who the starting pitchers are. Since the bullpens aren’t expected to be a factor, it’ll usually come down to just a few things: how does each starting pitcher tend to fare the first 5 innings, how have they been doing lately, and how favorably or unfavorably do they match up with the recent output of their opponents?