Even though handball is not considered to be a major sport on an international scale, it still has a special place in the sports world due to its intense nature and rich heritage. This fast-paced game that has some similarities to rugby was invented in 1897 by Nicolaj Ernst in Denmark which is also where the first match ever was played. Some of the other countries that have a serious love for handball include France, Czech Republic, Germany, Norway, Sweden, Romania, and many other Eastern European countries.

Handball used to be an outdoor sport but once it moved to the indoor arenas over the last century it became more of a spectator sport due to the increase in pace, which also makes it a fun sport to place bets on. Every two years there is a world championship match in Iceland, but other good times to wager on handball include the Pan American Games, the Asian Games, the European Handball Championships, the Summer Olympics or the All-Africa games. In the following sections, our goal is to thoroughly explain every bet type that you will come across when wagering on handball so that you will be well-prepared next time you are in a sportsbook that offers this interesting market.

Think you know who will win a specific handball match between two teams? Then look no further than match bets which ask you to predict exactly that. 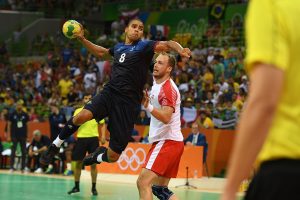 Occasionally you will come across some sportsbooks which allow halftime match bets as well. These are very similar to normal match bets except you will be asked to choose which team will score the most goals in either the first or the second half of the game.

Ties do not exist in handball due to the excessive amount of overtime rules that are in play. Whenever the score is tied at the end of a match the two teams will play two consecutive overtimes that each consist of two 5-minute periods. Much like in soccer, if the score is STILL tied after these overtimes then the teams will go into a penalty shootout which is in a best-of-5 format until a winner is declared. Therefore, you never have to worry about a push occurring on your match bets in the case of a tie unless it is a handball match with unorthodox rules.

Sometimes you will come across handball wagers which add or subtract a certain number of goals to each team’s final score, otherwise known as handicap bets. Goals are much more common in handball than in other most major sports and both teams usually score at least 20 goals, which makes handicap bets quite a rollercoaster ride.

For example, if you make a handicap bet on Team A who is given a +3.5 goal spread against Team B, then you will need that team to either win the match outright or lose the match by 3 goals or less. Conversely, if Team B has a -3.5 goal spread against Team A then you will need them to win the match by at least 4 goals in order to make some money. Most goal spreads have the 0.5 on the end of them in order to prevent pushes from occurring since it is not possible to score half of a goal in handball.

For those hardcore handball fans that have a good idea of how many goals each team is capable of scoring, totals bets are a great option. In totals bets, you will be given a goal line which is the number of goals the sportsbook expects to be scored by both teams combined in any given match. You will also occasionally find team totals bets which ask you to decide how many goals an individual team will score in a specific handball match. 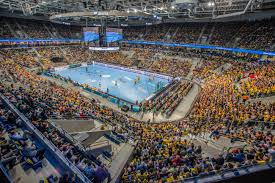 Some sportsbooks such as Bwin.com will allow you to make halftime totals bets which are a lot like totals bets but they only pertain to a specific half of the match in question instead of the entire match. Therefore, if you select the over for a halftime totals bet and both teams score a combined number of goals that is higher than the goal line that the sportsbook laid for that half, then you will win your bet.

We have already mentioned the substantial number of handball tournaments that are held around the globe on a yearly basis, and one of the best ways to make some money off of these popular events is to make an outright winner bet. These wagers ask you to choose which team will end up being the top team in that tournament for that year, plain and simple. Each team involved in the tournament or event will give different payouts if they win it outright and these payouts are governed by the moneyline odds next to each team’s name.

The favored team to win an outright winner bet will generally have negative moneyline odds, but if there are enough teams in play the odds will sometimes be a positive value. Outright winner bets are pretty difficult to win since there is only one correct decision out of all of the options, but this is already accounted for by the moneyline odds for each selection. If you happen to choose an underdog team to win it all and they go on to be the champions of the tournament or event then you will find yourself receiving anywhere from two to twenty times your original investment back!

Odd or Even Bets in Handball

Quite simply, odd or even bets ask you to decide whether the final score of a handball match will be an odd or even number. For those of you who didn’t pay attention in elementary school, some examples of odd numbers would be 1, 3, 5, or 7 while some examples of even numbers are 2, 4, 6, 8, or 10. Once the scores get above 10, you just need to look at the last digit of the number to see if it is odd or even. 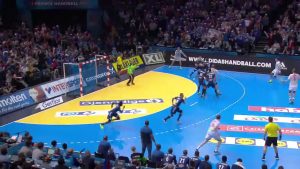 Now that we got the complicated math out of the way, you are officially ready to make an odd or even wager on the next handball match you plan to watch. These bets are a great way to stay emotionally neutral when it comes to which team is winning the match and allow you to just have some fun betting on a silly random outcome, which is exactly why they are so popular in the handball markets.