Most people have heard about Netflix and chilling, but what about Netflix and betting? Thanks to the wonderful world of internet gambling it is now very possible to bet in the entertainment betting section of nearly every online sportsbook on topics such as what will happen next in your favorite TV shows or what awards each show might win.

When you make an entertainment bet you should be doing so just for fun, which should be obvious by the name that they were given. The main reasons why you should just make entertainment wagers for fun are that the juice is normally higher than in other betting markets and the maximum bet limits are normally much lower than in other markets, which is not a good environment for trying to take it seriously enough to quit your day job. 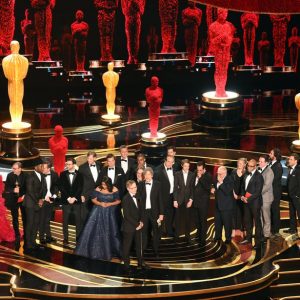 This genre of betting serves as a breath of fresh air for those who are simply not interested in sports or casino games but still want a little bit of gambling in their lives. It is also a great way for movie buffs or entertainment industry experts to make some money on the side by using their advanced knowledge. Without further ado, we will now draw the curtain back and show you what types of bets you will be able to make when it comes to entertainment betting and explain exactly what each one entails.

Every betting market offers moneyline bets and entertainment betting is no exception to that rule. The main difference is that instead of picking which side of a sporting event will be victorious, a moneyline entertainment bet will instead be focused on which character, actor, or show will be a winner. Winning in this context can mean many different things (sometimes quite negative) and the only way to know what the bet considers to be a win is to read the full questions being posed.

Every selection in a moneyline entertainment bet will have specific moneyline odds next to their name which dictates exactly how much money you will win if you are correct. If the number has a negative value then you can be sure they are the favorite to win the bet and the higher the negative number is the more of a favorite the selection is considered to be. On the flip side, any selection with positive odds is going to be an underdog against the field and the higher the positive moneyline odds are the less of a chance that selection has of being the winning choice.

For instance, the Razzie Awards is a show where they give awards to the worst movies of the year and you can currently bet on which movie will win the non-prestigious title. Due to the high number of movies that are in the running for this particular bet, none of the movies have negative moneyline odds attached to them but the movie “Serenity” is the current favorite to win it all at +400 odds. This means that if you would have bet $100 that Serenity would have been the worst movie of 2019 you would have received $400 profit on your bet if that movie had won the Razzie.

Even though most entertainment bets will be in a moneyline format, you will still come across some from time to time that feature an over/under line. These bets are pretty easy to understand since they will ask you whether you think the actual value of whatever question is being asked goes over or under the proposed line. While there are only two options in an over/under bet, they are not always guaranteed to be coin-flip situations since one side might be heavily favored over another which is accounted for by the odds next to each selection. 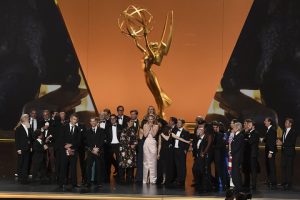 A great example of an over/under bet would be whether the next Star Wars movie “The Rise of Skywalker” will win over or under 0.5 Oscar awards. We can see that Bwin is offering +255 odds on the over for this bet which means that if you wager $100 and they end up winning at least one Oscar you will make $255 in profit. If you decide to bet the under on 0.5 Oscars you will be faced with -400 odds which means that you need to wager $400 in order to make $100 profit in the case that the newest Star Wars flick does not win an Oscar. Obviously, you cannot win 0.5 Oscars since the awards come in increments of one so a push will never happen in a bet such as this.

Here comes the fun part! Entertainment bets are already pretty wacky but once you get into the prop bet side of things it really becomes a madhouse. Some examples of bets that you may find in an entertainment betting prop bet section include death matchups, miscellaneous award show occurrences, or which actors will play unclaimed roles in future movies.

Death matchups might seem a bit depressing and morbid but if you like rooting for the death of someone you hate then this might be the best bet type for you. These death bets could be for fictional characters from a specific show or for actual people in real life. Sometime a death matchup will ask whether one person will die before another person or group of people, and other times a death matchup will ask you if someone is going to die in a specific timeframe. For example, the odds of entertainment legend Bill Cosby dying while he is in prison is set at -300 while the odds of him dying outside of prison is set at +190.

Miscellaneous award show occurrence bets are great for those who enjoy watching the Academy Awards or Razzie Awards on their own and want to add a little bit of extra excitement that doesn’t have anything to do with who is actually winning the awards. One example of such a bet that is currently being offered is whether or not the winning of the Best Actress will drop the Oscar trophy while being on stage and if you choose “Yes” correctly you will win nine times your investment in profit thanks to the +900 odds. However, it appears that the odds are not in favor of this happening since choosing “No” comes with -5000 odds which means that you need to wager $5000 just to win $100 profit.

Finally, unclaimed actor roles in future blockbuster movies are especially fun to bet on since you can actually hedge your emotions. What we mean by this is that you can bet that an actor you don’t like will win a future role over an actor you do like which presents a win-win situation where you either get the actor you want to play the role or you make some money. To illustrate, you can currently bet on which actor will be the next Superman before the movie release date has even been announced with the favorite being Michael B. Jordan at +110 odds. If you don’t like this wager you could instead bet on the second and third favorite actors to play Superman which are Armie Hammer at +400 odds and Oscar Isaac at +700 odds. Let’s say you really love Michael B. Jordan as an actor and want him to become the first black Superman ever so in order to hedge your emotions you could bet on Hammer and Isaac and consider yourself a winner no matter what happens.