The NBA regular season usually runs from October to April every year and then the playoffs run from April to June. This means that it is possible to watch NBA games for eight months out of the year and that is not even including the preseason. You will almost certainly be faced with the option of betting on basketball when you are in any sportsbook during those months and there are many different types of bets to make which can be confusing or even overwhelming to a beginner.

While basketball is an extremely exciting and fast-paced game even when you are not betting on it, it is almost never a bad idea to add more entertainment value to a game that you are watching. As long as you use solid bankroll management and take the advice that we give in the following basketball betting guide you should be able to have some extra fun and possibly even rake in some profits while watching your favorite sport.

The spread is the number of points that Vegas oddsmakers believe the favored team will beat the underdog team by. For example, if the Charlotte Hornets have a -5 spread line against the Utah Jazz, then they are favored to win by five points. In order for this bet to be a winner, the Hornets will have to win the game by at least six points since winning by five points will make the bet a push that just gets you your money back. 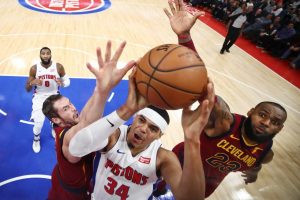 If a basketball team has a spread number with a positive value that means the Vegas oddsmakers consider them the underdog of the contest. If you make a spread bet on the underdog, then that team has to either win the game OR lose the game by less than the number of points in the spread. For instance, if the New York Knicks are listed with a +19 point spread against the Golden State Warriors then the only way to win a spread bet on the Knicks is if they lose the game by less than 19 points OR they win the game outright.

Basketball is a lot like American football in that their games are relatively high-scoring compared to other sports. The wild swings of fortune that occur in basketball are the main reason why spread bets are one of the most popular ways of betting on one of your favorite basketball teams.

Sometimes it makes sense to keep things easy, and moneyline bets do exactly that since they allow you to wager on who will win the basketball game straight up without having to worry about any spread numbers. Instead, there are simply odds listed next to each basketball team which will dictate how much you get paid when the team you select wins their game.

The payout odds for a favored NBA team in a moneyline bet usually ranges from -110 for small favorites up to -1000 or beyond for very large favorites. When you take away the negative sign in front of these numbers you will have the exact amount of money you need to bet in order to win $100.

When a team is an underdog in a moneyline bet, you will see a positive odds number next to their name which tells you the exact amount of money you will win if you bet $100. For instance, if the Kings moneyline odds are set at +700 and you wager $100 then you will stand to win $700 if they win the game.

Over the last five regular seasons, basketball ranks at the bottom of all of the major sports when it comes to underdog win percentages at a mere 31.1%. This has a lot to do with the fact that the NBA has less variance than any other sport and the outcomes are generally more predictable. This level of predictability in the NBA causes the sportsbooks to charge pretty accurate odds on a moneyline bet which means that there is usually more value to be found with a spread bet.

A totals bet, otherwise known as an over/under bet, is a wager on how many points will be scored in a game by both teams combined. You can also make total bets in the NBA that pertain to just one team in any given game which are usually referred to as team total bets.

In the NBA, a typical game total is usually between 190 points and 240 points. If the totals bet has a line that is set at 220 points and you bet the under, then you are rooting for the combined score of both teams to be below 220. If the total score of the game hits exactly 220 then any totals bet is a push and you will receive your money back. 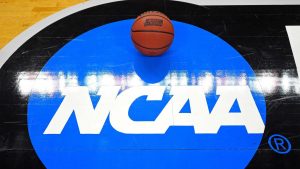 Betting on totals in the NBA can be tricky but if you pay attention to the right details you might be able to make things a little easier for yourself. Some factors you might want to pay attention to before deciding what team to make a totals bet on include each team’s over/under record, each team’s home and away over/under splits, and whether or not the teams who are playing are on the second leg of a back to back (a sports phrase for playing two nights in a row).

Quarter and Half Bets in Basketball

The average basketball game lasts around 2 and a half hours in the NBA while a college basketball game will last around 2 hours and 10 minutes. It is not uncommon for a busy adult to be unable to spend over 2+ hours watching a basketball game, which is where quarter and half bets come in handy. These bets allow you to bet on the outcome for a specific portion of the game, whether it is the first quarter, first half, second quarter, second half, third quarter or fourth quarter.

Overtime is a common occurrence in basketball that occurs when both teams have the same score at the end of the fourth quarter. Around 6% of games played in the NBA will be decided in the overtime period and the game will continue with extra overtime periods until a winner has been declared. Whatever happens in overtime periods will always count for second-half bets but overtime will never be included in fourth-quarter bets.

A parlay is when you make multiple selections and combine them into one bet where every single selection you make must be a winner. If you get just one game wrong you will lose the entire parlay no matter what happens in the other games, which makes it a very high-risk bet.

One of the most popular parlay strategies that NBA bettors use is to hedge their last bet once the first few legs of their parlay have been successful. This means that you make a separate bet AGAINST your last pick so that you guarantee yourself a little bit of profit in exchange for lowering your long-term profit margin.

Our favorite type of parlay to make in basketball is a moneyline parlay filled with good home teams who are playing bad road teams. Since this is a sport where upsets happen a lot less often than you usually see in other major sports, it can pay off big to ride a bunch of moneyline favorites at one time even if the payout odds are not that great for each individual selection.

A teaser is a lot like a parlay bet except that you will be given extra points on each selection in exchange for worse payout odds when you win. Basketball is slightly different from other sports because you will only be allowed to tease somewhere between 4 and 6 points for each game. 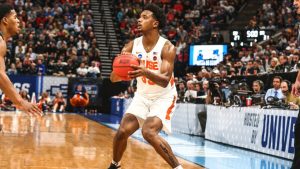 Just to make things easier to visualize, let’s say you plan on making a two-team 6 point teaser on the Knicks +17 and the Clippers +7. This means that you get to add the six points to each spread making it Knicks +23 and Clippers +13, and both selections will have to win in order for you to win your teaser.

Our favorite type of teaser bet for basketball is one that includes a bunch of favored teams on the road. Teams in this situation are already clearly way better than the opposing team since they are still favored even though they are not at home and if you give them a few extra points to work with then you have a lot of potential to turn a nice profit.

Futures bets in basketball are typically aimed at big events that take place in the future such as the All-star game or the NBA Championship game. You will also be able to make bets such as who will be the MVP, who will score the first basket, and who will win the game outright.

The best part about futures bets in NBA is that you can sometimes get really high payout odds if the team you choose is an underdog to win the championship. However, since upsets rarely occur in the NBA (especially during the playoffs because of the best-of-5 and best-of-7 formats) there is not as much value here as say in the NFL where many different teams have a chance to win it all instead of just two or three.

One important thing to keep in mind for futures bets is that your money will be tied up until the bet is settled. You should never put your entire bankroll on the line in a futures bet because you will not have any money to live off of until the end of the bet which could be 8 or 9 months away in some cases.