The Michigan House of Representatives have passed legislation for sports betting in the state, despite the fact that lawmakers have not reached a consensus with Gov. Gretchen Whitmer. The bill, which legalizes sports betting, internet gaming, and gambling on fantasy sports, passed on a bipartisan vote of 63-45 on Wednesday. Rep. Brandt Iden, R-Oshtemo Township, has been pushing the bill along in hopes of making sports betting available to Michigan residents before it becomes available in its neighbor-state, Ohio, at the end of the year. 13 states in the country have already legalized some form of sports betting and 33 states have proposed some form of legislation; the Michigan House of Representatives hopes that this recent vote will help their state join in on the action.

Once sports betting launches in the state, residents can expect to have access to making bets on some of their favorite leagues, such as Major League Baseball and the National Football League. Like many other states who have legalized sports betting, Michigan would allow bettors to place wagers on the outcome of games, while also offering a variety of live betting options. As mentioned, the bill legalizes sports betting in brick-and-mortar casinos throughout the state, as well as online and internet gaming. The latest bill comes following two similar bills that were vetoed last year by former Gov. Rick Snyder, who feared that the legislation, which also expanded upon traditional gambling in the state, would impede upon the state’s lottery. 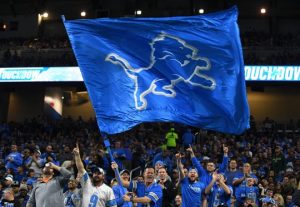 The main focus and the reason for the delay on the passing of sports betting in the state of Michigan is due largely in part to the debate surrounding the tax rates. As it stands, the bill applies an 8.75% tax on sports betting, including a 3.25% tax for Detroit casinos. Online betting would differ in that the tax would start at 4% and gradually increase over time to 23%. Early projections show that the sports betting tax could generate $30 million in revenues, which could help ease the concerns of those in opposition of the bill.

Whitmer’s office contends that the current tax rates in the new bill are too low to realistically benefit citizens of the state. As noted by the Detroit Free Press, Whitmer’s greatest concern is the impact the new legislation could have on the School Aid Fund. The School Aid Fund currently taxes all casinos in order to help contribute to educational opportunities. The fear that Whitmer has about the new sports betting legislation is that it will take business away from existing gambling operations, thus decreasing the amount of funding schools are receiving. As it stands, the Michigan Lottery and brick-and-mortar casinos in the state pay a significantly higher tax rate, which benefits the state’s public schools. Whitmer’s office estimates that the new legislation could result in a loss of $28 million annually to the funding of these schools

Up to this point, Whitmer has been reluctant to meet with legislators and discuss a solution to this ongoing problem. Now that the House has chosen to move forward without the support of the Governor’s office, it appears that these concerns will need to be addressed immediately, possibly resulting in a veto of the newly passed legislation. If the bill is not vetoed, or the two groups and quickly reach an agreement, then Michigan residents can expect to engage in sports betting as soon as February. If not, it appears that Iden and other representatives will be willing to go back to the drawing board in order to bring sports betting to the state in the near future.