On Monday, leaders of the House and Senate confirmed that they were in talks over a potential gambling expansion that would bring organized sports betting to Florida. The bipartisan effort has led to serious conversations with the governor, in hopes of yielding a different result than previously proposed sports betting deals. The latest proposal hopes to bring in revenue from the Seminole Tribe, who has stopped making payments to the state due to a breach in their original agreement. If Florida were able to complete the steps necessary to legalize sports betting, they would become the 21st state to do so.

Context of the Deal

After Florida pari-mutuels infringed upon the Seminole’s exclusive right to operate designated-player card games, the state began losing money. The Seminole Tribe, who is best known for their Hard Rock casinos throughout the state, stopped their annual $350 million payments, which has caused Florida to look elsewhere to make up for the lost revenue. While a number of new betting options have been considered, nothing has gotten enough traction to even begin putting a dent in the missing revenue. Known for their complex and sometimes confusing gambling laws, Florida is now turning their attention to the sports betting industry, which has been growing significantly throughout the country. 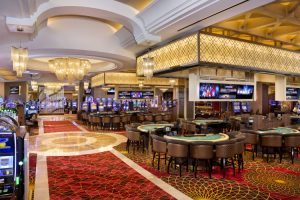 Legislators hope that a new sports betting deal could restore revenue payments from the Seminole tribe to the state, while also upgrading gaming options at pari-mutuels. Rep. Mike LaRosa, who pushed to negotiate a sports betting deal in 2018, stated that the goal of the latest proposal is to iron out some of the larger issues, in hopes of finding a compromise between constituents before working on the details for new policy.

Although officials have expressed interest in bringing Seminole revenue back into the picture, it is clear that their intention is to continue allowing pari-mutuels to operate designated-player card games. Gov. Ron DeSantis also clearly stated that any new legislation would not be a broad expansion of gaming throughout the state. The state’s unwillingness to ban designated-player card games and DeSantis’ stance on gaming expansion doesn’t necessarily bode well for new legislation, but officials believe they have found a way to keep all parties happy.

In order to begin receiving revenue from the tribe again, Florida must first offer them exclusive access to something competitors, like the pari-mutuels, do not have. In this case, that ‘something’ is sports betting. By giving the Seminoles exclusive rights to sports betting at their Hard Rock locations, the state could then capitalize on some of the revenue, while also sharing some of the pot with the pari-mutuels, who could still operate their games.

Although talks are still in the very early stages, a number of other proposals have been made surrounding the possibility of online sports betting. Officials are seriously considering offering online sports betting in poker rooms at dog tracks, horse tracks, and jai-alai frontons. These locations could offer sports betting through terminals run by the Seminole Tribe. Other options could include increased hours of operation for tribal casinos, with additional games. The main focus is that the Seminoles would be the central figure in sports betting, if legislation moved forward in the state.

Any significant sports legislation is still a long way off, as officials continue to engage in preliminary discussions about possible sports betting options. The primary objective of the bipartisan effort to bring sports betting to the sunshine state is to keep the conversation going, in hopes of ruling out things that will not work and identifying the things that will. The biggest challenge that officials are facing, is the Seminole’s willingness to cooperate in the new discussions, given the fact that the state has broken their agreement in the past.