Maryland, South Dakota, and Louisiana have joined 21 other states in legalizing sports betting. For big names in the industry like FanDuel and DraftKings, this represents a windfall and an exciting new chapter in the legal sports wagering market.

Voters in Louisiana approved a sports betting proposition on their ballot this past week. This marks the first such move in the state towards a change in the law.

The gambling industry in the state is moving quickly to get the first sports book up and running. Plans have already begun at L’Auberge Casino. “It’s where our guests could come, place their wagers, watch games, enjoy some food, and relax. We would build out a whole new section for that,” said Kim 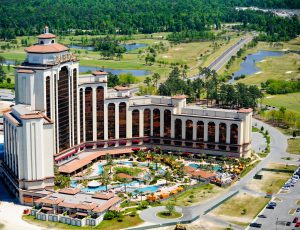 Ginn, the General Manager of L’Auberge Casino. She went on, “It’ll go in the legislative session starting in April. Once it’s made into law, then rules have to be made by the Louisiana Gaming Control Board, which controls us.”

The state legislature approved the bill early in 2020 to add the sports betting question to this year’s ballot. The final tally saw fifty-five out of Louisiana’s sixty-four parishes voting for the measure. However, it will be some time before the first wagers are cast. Mike Noel is the Lieutenant Colonel for the Louisiana Gaming Control Board. He doesn’t believe residents will see open sports books opened until at least 2022. “It’s just the way the process works. The legislature has to lay out the framework, and then the rule-making process is a four to six-month process. Once that happens, the entities that wasn’t to participate will have to apply and get licensed,” says Noel.

Maryland voters responded positively to question 2 on this year’s ballot, approving the expansion into legalized sports betting. Maryland’s ballot measure added the proposition that revenue generated from the sports gambling industry would be funneled primarily into the state’s public education system.

The measure passed with nearly 70% approval in the state. In addition, the Maryland legislature has expressed near unanimous support including Governor Larry Hogan.

“Question 2 provides a critical revenue source for public education without raising taxes on families and businesses. This initiative builds on the very successful ‘Hogan Lockbox,’ which puts casino revenues in a lockbox dedicated to education. We are already funding our K-12 schools at record levels, and this is another way to ensure that is the case for years to come,” says Governor Hogan.

Maryland State Senator Craig Zucker posits the new sports gambling measure could bring in millions to the state education coffers. “The lowball assumption is that Maryland will get an additional $20 to $40 million in additional revenue from sports betting,” says Zucker.

Constitutional Amendment B will bring sports betting to Deadwood, South Dakota. Nearly 60% of South Dakota residents approved the measure to authorize sports betting in both Deadwood and the state’s Native American reservation casinos.

“Obviously, we’re encouraged by this. This is pacing a little bit better than we did in 2014 with craps and roulette,” said Mike Rodman. Rodman is the 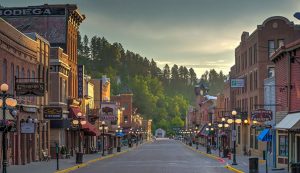 Executive Director of the Deadwood Gaming Association. He went on, “we’re thankful to the voters of South Dakota for giving Deadwood this opportunity. We will reach out to the administration to see if they want to start working on some draft legislation for the 2021 session.”

The state constitution currently authorizes Keno, craps, roulette, slot machines, and limited card games in Deadwood casinos. The recent ballot measure now allows the state Legislature to include sports wagering as yet another form of gambling in Deadwood.