While professional sports leagues across the globe have stopped indefinitely due to the coronavirus, professional gaming has come into the spotlight. Professional gamers and streamers have found solace in the fact that much of what they do can be completed from the comfort of their own home, while retaining a competitive atmosphere that sports fans crave. Even popular NBA and NFL players have begun to explore this outlet, playing and streaming competitions with some of their favorite video games. 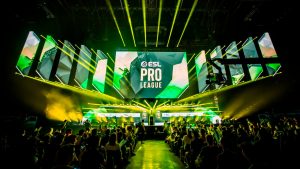 While the legitimacy of esports may be debated, there is no denying the competitiveness. Leagues for popular games like FIFA, Overwatch, League of Legends and CS:GO have been established across the globe with official rules and regulations. Some leagues, like FIFA, have even established ties with professional sports leagues like the MLS. Additionally, streaming platforms like Twitch, Mixer, and YouTube have given professional gamers an outlet for building an audience that is comparable to professional sports contests. Now, with the absence of available traditional contests to wager on, it appears that esports is going to have a chance to prove itself as a viable sports betting option.

On Thursday, William Hill became the first Las Vegas sportsbook to begin offering esports betting, listing lines for contests that took place on the same day. The CS:GO matches that they offered lines on were available to live audiences on various streaming sites, including YouTube and Twitch. Much like any other sporting events, the odds were accessible via William Hill’s Nevada mobile app for players to begin placing their wagers. The matches offered by William Hill took place in the ESL Proleague and included the following matchups: 100 Thieves (-500) vs. Swole Patrol (+375) and Team Liquid (-335) vs. Made in Brazil (+275).

One Small Step of Esports

In many countries throughout Europe, esports has already been accepted as a reliable sports betting option. In the United States, New Jersey has tested esports betting, but concrete legislation has not been finalized. Nevada’s decision to pioneer esports betting by offering odds for CS:GO paves the way for other states, as well as other esports.

The decision to offer lines for esports appears to be a lifeline for a gambling industry that is not only faced with the issue of suspended sports leagues, but also the temporary closure of many brick-and-mortar sportsbooks and casinos. In the coming months, the success or failure of Nevada’s decision could determine the future of esports betting in the country.