On Thursday, February 6 an appeals court in the state of New York determined that daily fantasy sports contests are in fact illegal under state gambling laws. These contests, which have been in operation since 2016, were found to be in violation of the state’s constitution, threatening sports betting giants like FanDuel and DraftKings. The latest ruling also contested an earlier provision that designated daily fantasy sports as something other than “gambling’ under state law. Now, as sports betting is becoming more and more prevalent throughout the country, industry leaders are faced with the potential threat of this ruling reaching higher level courts and eliminating one of their most lucrative markets in the nation. 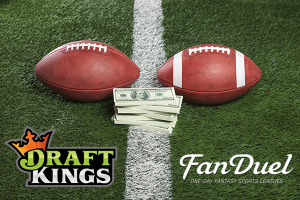 Fantasy sports traditionally require bettors to assemble a team of professional athletes from the sport of their choice, while adhering to a set of theoretical salary caps. Once these teams are assembled, bettors can earn point with their teams over a short period time or in a fantasy sports league that lasts a portion of the professional season. The ongoing challenge to designate fantasy sports as gambling under the state law comes from the idea that these games leave much of the outcome to chance, rather than skill.

The timing of the ruling may come as a shock to bettors and industry leaders alike. In 2018, the United States Supreme Court lifted the ban on traditional sports betting throughout the nation, giving states the option of developing and implementing their own laws. Now, 13 states have legalized sports betting, and companies like FanDuel, a New York-based sports betting company, have been able to capitalize on this opportunity.

Evolution of the Lawsuit

The court ruling is actually the result of a lawsuit dating back to October of 2016, shortly after Cuomo signed the law legalizing fantasy sports. Four New York residents asserted that they had been harmed by this type of sports betting. This group of people, referred to as Stop Predatory Gambling, asserted that daily fantasy sports were a form of consumer financial fraud, and that the government was using them to exploit people who were already in debt. Jennifer White, a member of this group, shared how fantasy sports contributed to the debts her mother and father owed, resulting in significant financial harm for them and their family.

The New York Supreme Court’s Appellate Division found that the law signed by Cuomo in 2016 was unconstitutional and could not be exempted from the penal code. The reason behind their ruling stood in contrast to supporters’ initial reasons for legalizing fantasy sports; the appellate court stated that while fantasy sports do require some level of skill, they also involve a great deal of chance. For example, player injuries, bad weather, or other factors could greatly influence the outcome of each game. The amount of chance involved in each competition, the court felt, was too great to exempt fantasy sports from falling under the category of gambling.

As it stands, there is no guarantee that the case will reach the state’s highest court, the Court of Appeals. The lower level court’s ruling does not immediately affect the operation of fantasy sports, so customers will still be able to play until the case advances. Both DraftKings and FanDuel issued statements that suggested they were not fearful of any significant action in the near future, and they expect to continue business as usual until further notice.

While the immediate future of fantasy sports seems to be secure, the lawsuit definitely puts a bit of uncertainty into the state’s gambling landscape. New York is one of the largest daily fantasy sports markets in the country, and the threat of a lawsuit such as this one cannot be ignored.